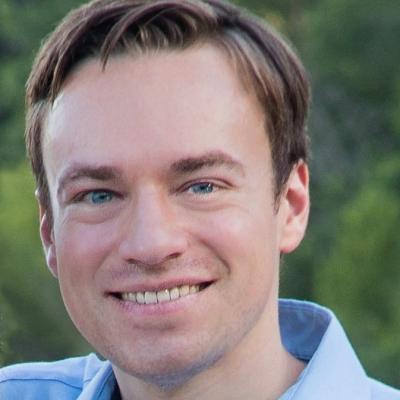 David received his BS in 2011 and MS in 2012 in Chemical Engineering from the University of Tennessee in Knoxville. He then received a PhD in Biological Engineering from the Massachusetts Institute of Technology in 2018. For his doctoral work, he developed a quantitative systems pharmacology model for drug target identification in the complement system, focusing on how to represent and mitigate significant parameter uncertainty. David interned with Pfizer in 2016, performing systems pharmacology modeling work.

What is your role at Applied BioMath?

“I am a modeler. I do a lot of programming and code up the biological models for projects. I also present a lot of the simulation results to our clients.”

What do you love most about working here?

“I think the best part about working here is the people. We all seem to get along really well. It’s very impressive how much we can get done together and how much we can learn from each other. I feel like there aren’t many places where you get both really intelligent and really kind people together—it really makes a difference on how easy it is to work here.”

What is the most rewarding part of your job?

“I think the most rewarding part is seeing a project come together. It’s a great feeling when my team and I put together a compelling story from the data, learn something new from the modeling, and effectively communicate those learnings to the client. I can visibly tell that our clients have learned something new from the modeling that they wouldn’t have known without it, and that’s really fulfilling. The work that we’ve done has really made a difference in drug development, and being part of that process is really neat.”

What was your specialty prior to coming to work for Applied BioMath?

“During my PhD, I worked on systems biology at MIT in Bruce Tidor’s lab. I did very similar work to what I do here, except I focused more on understanding uncertainty in the models, specifically how you quantify how confident you are in model predictions. I also helped develop the Kronecker Bio Toolbox during my PhD years.”

What made you get into the field of life sciences?

“Ever since high school, I knew I wanted to work on some kind of medical problem. I studied chemical engineering in undergrad and learned a lot about chemical kinetics and other topics that were similar to what we do here, but in chemical engineering they were more directed to industrial ends and how you process materials. I really enjoyed the math part of it, but I didn’t like the end goal. I wanted to get back to biology and medicine, so for my PhD I switched to biological engineering, which was closer to medical applications.”

What do you like to do in your spare time?

“I actually like programming so much I do it in my spare time, too. I have a few of my own little pet projects that I work on. I also spend some of my time learning new programming languages just to see what’s available. I really like music and music theory quite a bit too.”

Do you have a motto or personal mantra you live by?

“There’s a phrase that I like that gets tossed around a lot in church. It is, “speaking the truth in love.” The idea is that there are hard truths out there in the world that need to be communicated in order for people to recognize the reality that’s around them, but you have to do it in a way that is caring and loving. Because so much of my life involves things like science, and things where there are hard facts that you’re trying to learn, there’s kind of a discord between communicating those hard facts to people who maybe don’t believe in them or have different views, and also doing it in a way that’s still cognizant that they’re people. The ultimate purpose of what we’re trying to do is help people and improve lives, so how do you balance the difficulties of hard realities with caring for people and being empathetic and loving? That’s kind of the consideration I have in a lot of my life.”

If you won the lottery, what is the first thing you would do?

“Invest it. I would take the bulk payment and invest it instead of spending all of the money on one thing.”

What inspires you every day?

“My wife. It’s a nice feeling to know I have a place to go to and that someone will care about me even if I had a tough day. I know that there's someone who loves me no matter what. It's a good anchor.

I enjoy programming and biology, and putting my knowledge to use toward drug development is intellectually stimulating and meaningful.